The strong quarterly performance was, in large part, driven by an upturn in UK trading activity with volumes reaching €23.4bn in Q2 2017, up from €16bn in Q1 2017, and a 54% increase on the same period last year. The sale of Logicor in Q2 did have substantial UK exposure but even if this large transaction were to be excluded, investment volumes would still be trending up year on year, as market activity continues to recover from the slowdown immediately preceding and following last year’s European Union referendum. 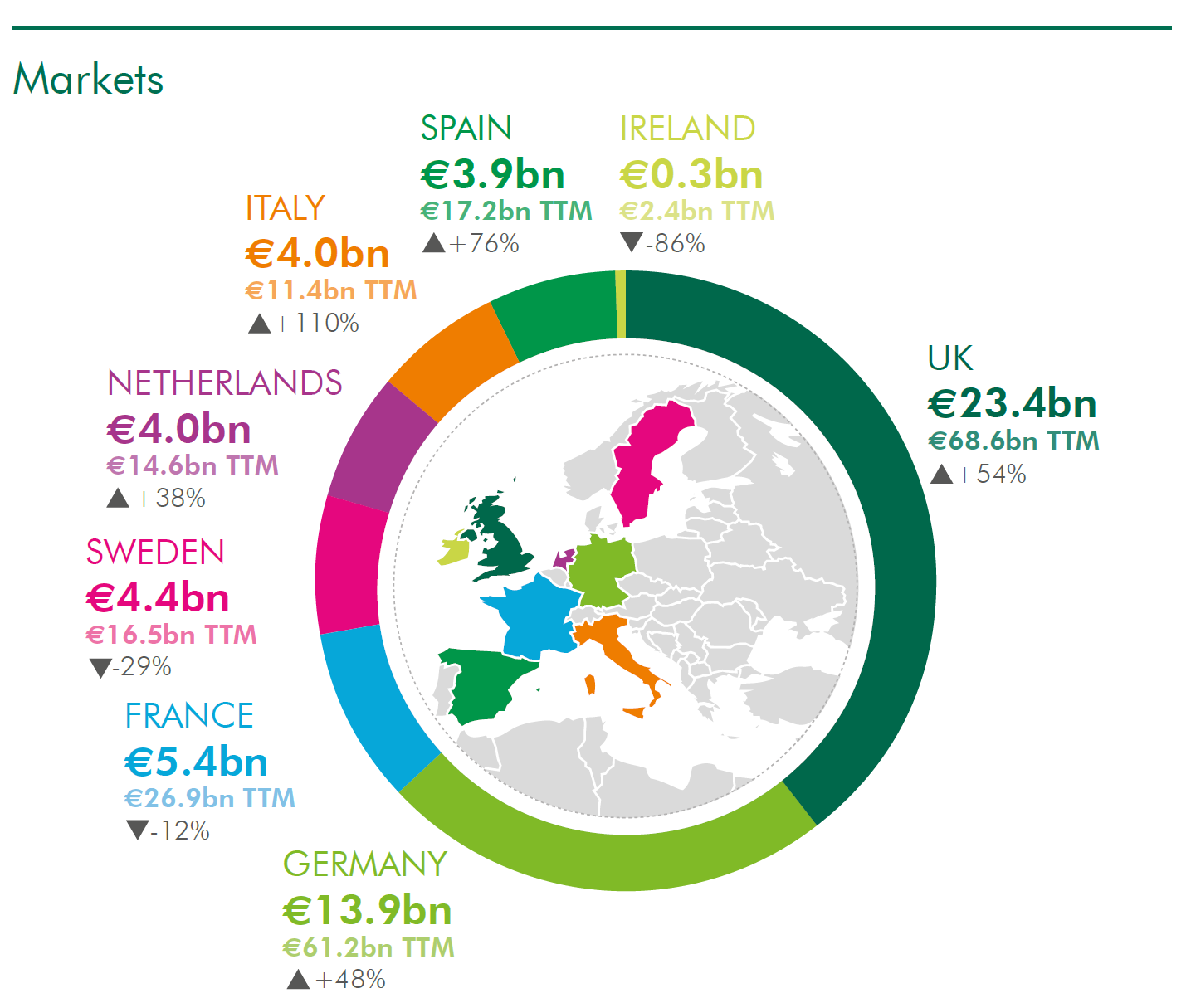 Germany once again proved to be the driving force behind investment growth in Continental Europe which, as a region, posted 15% growth on the same period last year. In Germany, transaction levels for H1 2017 increased by 49% compared to H1 2016, transacting €13.9bn in Q2 2017 and €26.5 for the first half of 2017. The Southern European markets of Italy and Spain, as well as the Netherlands, also witnessed strong investment growth over the quarter, posting 110%, 76% and 38% increases respectively. In France, the results for the first half of 2017 were somewhat muted; however the election of Macron in May will likely have a positive impact on occupier and investor sentiment, and the investment pipeline has strengthened going into H2 2017. 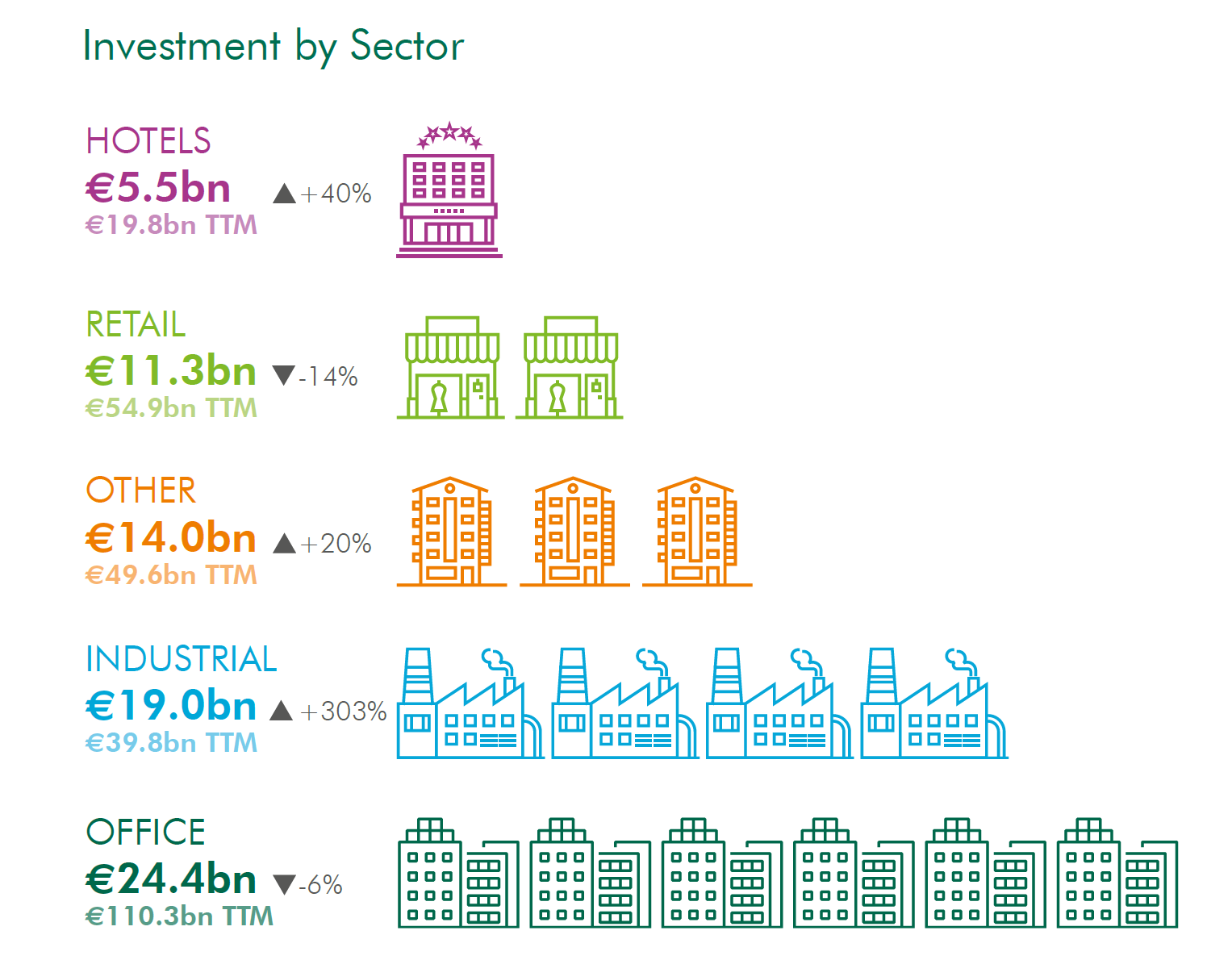 Q2 2017 was driven by robust growth in the industrial and logistics sector and, to a lesser degree, the alternative sector, as investors look to diversify their asset base. The industrial sector witnessed a 303% increase on the same period last year (which can in part be attributed to the sale of the Logicor portfolio) whilst the alternatives sector posted a 20% increase. Meanwhile, office transactions across Europe in Q2 2017 were down 6% on Q2 2016.

Jonathan Hull, Managing Director of Investment Properties, EMEA at CBRE, commented:
“After a relatively slow start to the year, the UK has seen a significant recovery in investment volumes in Q2 2017. Despite ongoing political uncertainties, the UK remains a pre-eminent market, attracting significant European and global capital. In addition, the Continental European markets continued to perform strongly in the second quarter of 2017 with Germany once again proving a major focus for capital and demonstrating its status as a safe haven for global wealth.“

Growing confidence in the recovery markets of Spain and Italy has come to the fore this quarter as investors seek to allocate capital to these markets,” Hull added.